How ‘Legacies’ Revitalized Itself by Making its Protagonist Evil

Legacies, the Vampire Diaries and The Originals spin-off currently in its fourth (and final) season at the CW, was in desperate need of a switch after having essentially the same villain for three seasons. At the tail end of season 3, the show introduced a plot line in which the series’ main protagonist Hope (Danielle Rose Russell) has her “humanity” turned off. This switch introduced a high level of cognitive dissonance in the audience, who have been rooting for Hope for the past four years. They literally turned the hero into the villain. This risky reset tactic proved to be effective and reinvigorated the series’ narrative, in addition to facilitating the resolve of one of the series’ most enduring character conflicts. To truly understand the gravity of the “humanity switch” narrative ploy and what it means for the future of Legacies, one must look back to key turning points, as well as shifts in tone throughout the series. 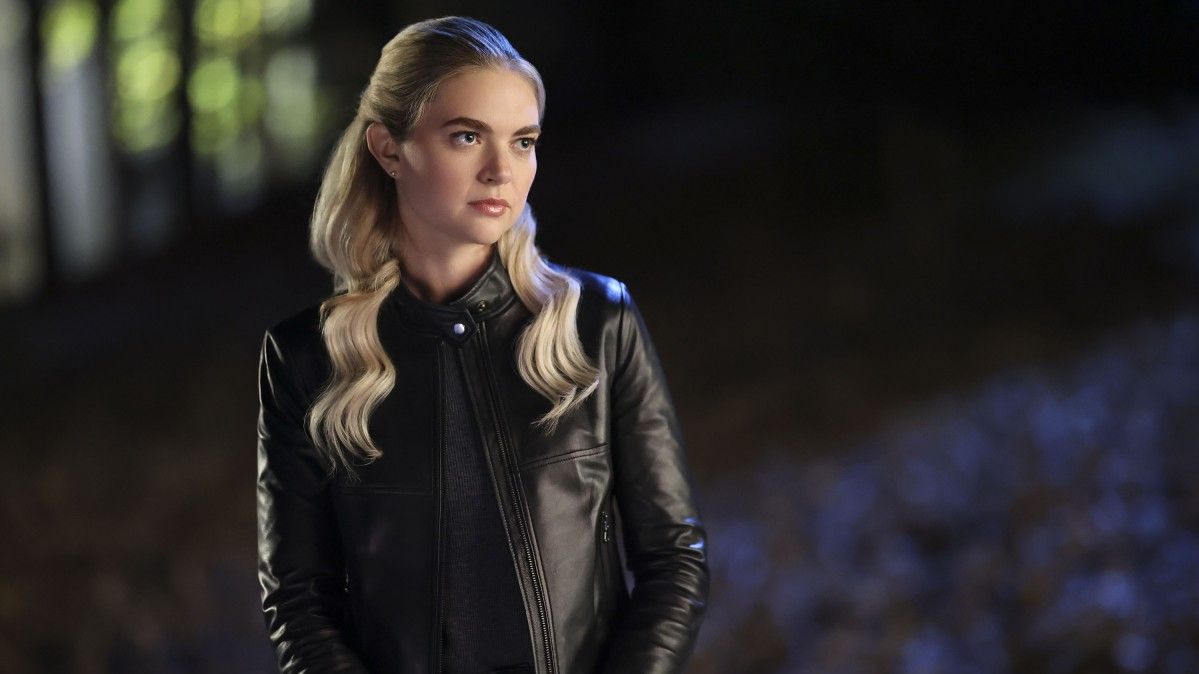 Legacies follows Hope Mikaelson, daughter of Klaus Mikaelson (Joseph Morgan) of The Vampire Diaries and The Originals, as she and an ensemble cast of characters navigate an ever-expanding mythology of monsters and existential threats at the Salvatore School for the Young and Gifted in the fictional Mystic Falls, Virginia. The main plot chronicles the rollercoaster saga of Hope and her love interest Landon (Aria Shahghasemi), who (like many characters in this universe) suffers numerous brushes with death and resurrection. Hope has the distinction of being the first and only “Tribrid”—part vampire, part witch, and part werewolf. Hope ultimately fulfills her destiny in the beginning of Season 4, activating her powers to finally kill the series’ big bad “Malivore” by stabbing Landon (whose body had been inhabited by Malivore). The emotional weight of it all causes her humanity to turn off. From the moment that the viewer witnesses Hope’s swift downturn into pure evil, it is clear that the show will never be the same again.

The overarching villain of Legacies seasons 1-3 is, interestingly, a plot device in and of itself. Seasons 1-3 of Legacies focuses on the mud-golem creature “Malivore” as the big bad — an all consuming tar-pit of an entity that has the ability to completely wipe whoever falls into it from both existence and memory. This plays directly into the “gimmick” (arguably, a rather interesting one) of the first three seasons: myths about all sorts of supernatural creatures such as fairies, phoenixes, dragons, and (in a particularly memorable episode) Santa Claus are not just cultural stories but true historical accounts. These “mythical” creatures and figures were eaten by Malivore, and thus wiped from the collective conscious. Long ago, Malivore was created by witches, werewolves, and vampires (an organization dubbed “The Triad”) in order to wipe out all other supernatural beings. Now Malivore has been released, along with the monsters he had consumed. It’s a truly compelling way to free up the reigns for a universe that previously only consisted of witches, werewolves, and vampires, and it grants brilliant narrative freedom for balancing out excessively dark storylines with moments of levity.

RELATED:
What ‘Legacies’ Season 3 Did Right & What The Show Needs To Improve On In Season 4 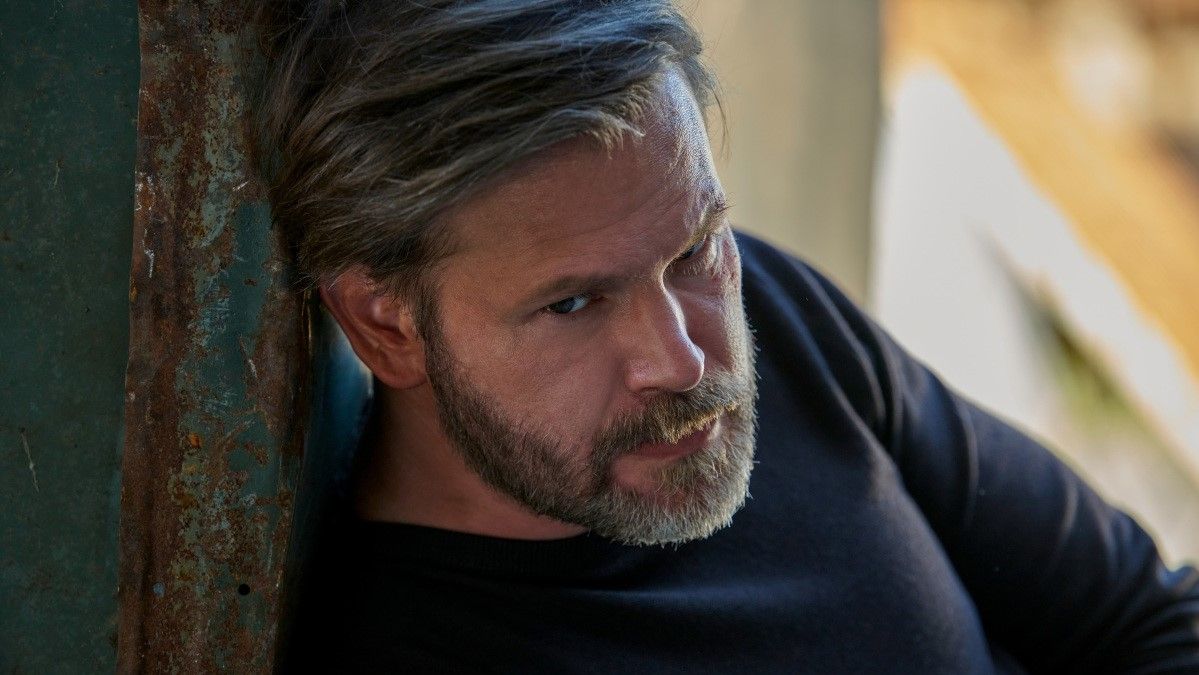 This weekly incorporation of all sorts of assorted creatures dredged up from various mythologies results in a subtle yet distinct sense of optimism that seemed to permanently cloud the aura of Legacies seasons 1-3. No matter how dark things appeared to get, there nonetheless was a vaguely positive sheen coating the series, lightly tossing in the ridiculous and absurd in an unflinching and sensible manner. Some choice cuts include: Leonardo DaVinci, Santa, and main character Josie (Kaylee Bryant) manifesting as a talking pig during a journey through her mind, in the midst of one of the darkest story arcs the series has explored thus far. Notably, the scene transitions are edited in a consistent narrative thread; the audible cross-cuts of dialogue always hinting at elements of the lingering scene still in front of the viewers’ eyes before the cut. This clever, consistently whimsical effect still remains even after the humanity switch and tone shift. However, with the final death of Malivore in the opening arc of Season 4, all other signs of this aura abruptly faded.

Lizzie’s transformation throughout this episode and the three possible realities it proposes provide the clearest argument for Hope’s status as the epicenter of Legacies, as well as the maximal impact of her humanity removal. Lizzie’s first wish to the “Jinni,” “I wish Hope had never come to this school,” results in a shoddy, broken down Salvatore School with a scrawny werewolf alpha and a lackluster breakfast menu. Hope’s father funded the school, so taking Hope out of the equation severely impacted the budget and drastically lowered enrollment. When Lizzie proposes a way to find recruits for the school it leads them right to Hope, thus creating another world in which Alaric saves Hope. Significantly, Hope appears to have already gone “full Tribrid” in this alternate reality before she is rescued.

The second possible reality results from Lizzie next wish: “I wish there was never a Salvatore School to begin with.” This imagines a world where Lizzie and Josie attend Mystic Falls High and Alaric moonlights as a drunk history teacher. This sequence of course ends with Hope and her elite “Super Squad” saving the day, perpetuating Lizzie’s nightmare loop. 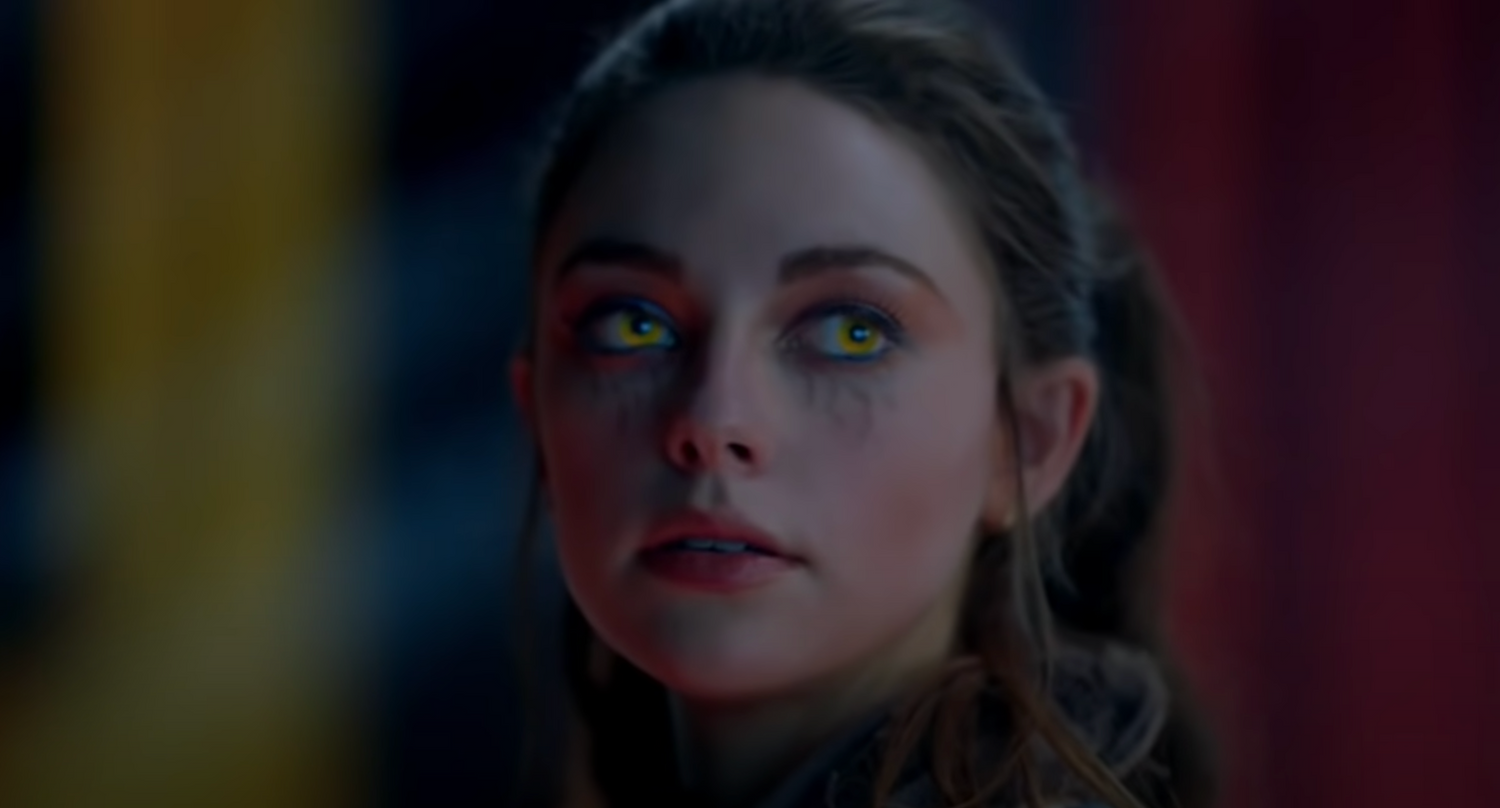 RELATED:
‘Legacies’ Cancelled After Four Seasons On The CW

The third and final wish is Lizzie’s most seething: “I wish Hope Mikaelson had never been born.” This sends her to a dystopian world in which all supernatural beings are hunted by Triad Industries. In this reality, her father explains to her that “Klaus Mikaelson lost everything that anchored him to his humanity, and so he shut it off two years ago and started a war. Outed supernaturals in the process. And just like that, Triad had an ugly, racist platform to stand on and nothing’s been the same ever since.” This argues that Hope was the reason Klaus never shut off his humanity. Upon witnessing the sheer devastation of this world, Lizzie exposes a loophole in the Jinni’s logic and is able to grant her freedom and bring herself back home, albeit with one caveat: she will have no recollection of her journey through these three possible realities.

The audience holding this knowledge of Lizzie’s Jinni-induced revelations creates a bittersweet effect as they watch Lizzie’s immense character growth throughout subsequent seasons. The “Hope” aspect of Lizzie’s story is finally resolved in a roundabout way through Season 4, Episodes 5-17. In Season 4, Episode 5 “I ,Thought You’d be Happier to See Me,” Lizzie and Josie jump into their father’s mind while he’s still in a coma from Hope’s attack. They stumble upon a disastrous memory of their 11th birthday party, where they invited everyone but Hope. Alaric invites her anyway, leading to a magic brawl between the girls. Alaric is reliving this memory, ruminating on what he could’ve done differently in raising Hope. For the girls (and the viewer), it serves as a foreboding reminder of Hope’s power, as well as the tension between her and the Saltzmann sisters.
Past the following 10 episodes of Hope’s evil Tribrid adventure, she semi-vanquishes her dark persona and returns to her normal, if a bit fractured self. Yet evil Hope is still ever-present in her mind, and in Season 4, Episode 16, “I Wouldn’t be Standing Here if it Weren’t For You,” Lizzie agrees to help her banish the darkness for good. Lizzie explains to Hope that this lingering dark side is not holding onto her, but rather Hope is holding onto it. In a stunning, full circle moment of clarity, Lizzie tells Hope, “I used to be a raging bitch to you, but it wasn’t because I hated you. It was because I idolized you. You were cool and smart and mysterious. And I was always saying the wrong things and having these outbursts. A part of me thought that you would never want to be friends with someone like me. So I pushed you away. Because that’s what we do when we’re afraid. We protect ourselves. We build defenses. Like how your humanity switched off when you killed Landon. To protect you. So you just need to find out who she’s protecting you from now.”

The show could be preparing for an epic final showdown with Ken before it fully processes the trauma of Hope’s evil stint in a reflective, toned down series finale. However, this doesn’t take away from the utility of this important storyline. By playing with characters’ motivations in this manner, the writers simultaneously open up the possibility for more adventures as well as a fitting ending to the series.