Is The Good Doctor canceled? (Has the show been renewed for Season 6?)

With so many shows canceled this week, you’re possibly worried about your own favorites. Is The Good Doctor canceled or renewed for Season 6?

When we hear a lot of shows are canceled, we worry about our own favorites. Thursday, May 12 was not a good day for fans of a lot of CW shows. The bulk of the remaining shows on the bubble were canceled, surprising many. On top of that, CBS and NBC made some big cancellations.

So, we turn our attention to ABC. There are still some decisions to come here. Is The Good Doctor one of them? Will the series be canceled or renewed?

Is The Good Doctor canceled?

You can breathe a sigh of relief when it comes to the medical drama. Freddie Highmore and the team will be back for another season. ABC made that decision at the end of March.

The renewal wasn’t surprising. The series continues to be a top performer on Monday nights. In fact, when Promised Land wasn’t performing that well (it has since been canceled), Dr. Shaun Murphy returned from its break early to help.

We’re fully expecting The Good Doctor Season 6 to remain in the fall schedule. That’s something we’ll get to know this month when ABC announces the schedule, but there’s no need to think that it’s not going to remain on Mondays at 10 p.m. ET/PT. 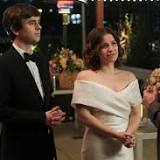 When exactly will it premiere? ABC will announce the premiere dates around June or July. We’re expecting it sometime in the last week of September. This is usually when the fall shows return on ABC. We’ll be sure to confirm this as soon as we get the dates.