The 2021-2022 television season concluded last week with NBC’s football coverage and NCIS returning to the top of the Nielsen ratings charts, and This Is Us going out with one last win for the Pearsons.

As Deadline reported last month, CBS was primetime’s the most-watched broadcast network this season with an average of 6.3 million viewers, matching last year’s numbers to a tee, per Nielsen’s most current data. The network’s audience win shouldn’t come as too much of a surprise considering it’s been first in viewers for 13 consecutive years heading into the start of the 2021-22 season in September. While CBS repeated its viewership win, Fox, winner among adults 18-49 for the past two seasons, was edged out by NBC which took the 2021-22 demo crown with a 1.1 rating vs 1.0 for Fox. Both networks are losing major ratings drivers next season, drama This Is Us (NBC) and Thursday Night Football (Fox).

Friday Ratings: ABC’s ’20/20′ And Fox’s ‘WWE Friday Night SmackDown Top The Demo Wars
Contributing to CBS’ 2021-2022 audience win were both long-time primetime staples and newcomers. Maintaining its throne, NCIS was the most-watched scripted series of the season once again, despite minor slips in both viewers and 18-49. As the established NCIS and FBI series stayed in the top rankings echelon, freshmen Ghosts, NCIS: Hawai’i and FBI: International — all renewed for a second season — broke through to the Top 40 in viewers. Ghosts, which proved to be a ratings powerhouse for CBS, also snagged a spot on the Top 25 demo ratings list. Overall, CBS claimed 19 spots on the list of the top 40 most-watched programs of last season, and 11 on the demo Top 40 chart.

This year’s slate of cancellations was a bloody one for CBS, which gave seven shows the chop, including Magnum P.I. The reboot was the highest-rated series to get cancelled, while Bull marked the most-watched show that will not return for another season.

This Is Us, which concluded last week, marked the season’s highest-rated non-sports program in 18-49 a year after the drama tied Fox’s The Masked Singer for the distinction. (The Dan Fogelman series also made the Top 25 in 18-49.) NBC, which easily topped both the total viewers and adults 19-49 charts with its Sunday Night Football programming, also saw all three of its OneChicago series rank in the Top 15 for both viewers and 18-49. Newcomer La Brea, which will return for a second season, also made the Top 40 in both measures. SNF was up 8% in both viewers and 6% in the demo from 2020-2021.

Following slightly behind NBC in the demo was Fox, which also touted strong performances with its football programming. 9-1-1 marked Fox’s highest-rated and most-watched non-sports program of the season. 9-1-1: Lone Star and The Masked Singer, with its controversial Rudy Giuliani appearance, also made the lists. New series Next Level Chef, which will return for a second season, tied with a number of titles to clinch a spot in the demo Top 40. Across the Big 4, Duncanville, which returned for a third season May 1 and only had four in-season airings, marked the lowest-rated and least-watched non-sports program of the season. Freshman Welcome To Flatch, which has also been renewed was the lowest-performing series in both measures to receive a Season 2 pickup, excluding the CW’s programming.

Excluding sports programming, ABC was once again the top primetime network. American Idol, Grey’s Anatomy, The Bachelor, The Bachelorette, Dancing With The Stars — in its final season on ABC before moving to Disney+ — and Station 19 all returned to the list of the 40 highest rated programs in 18-49. Grey’s, Idol, DWTS and Station 19 were also among the most-watched series of the season. Despite the critical and cultural love for Abbott Elementary, the new comedy did not make either Top 40 list. 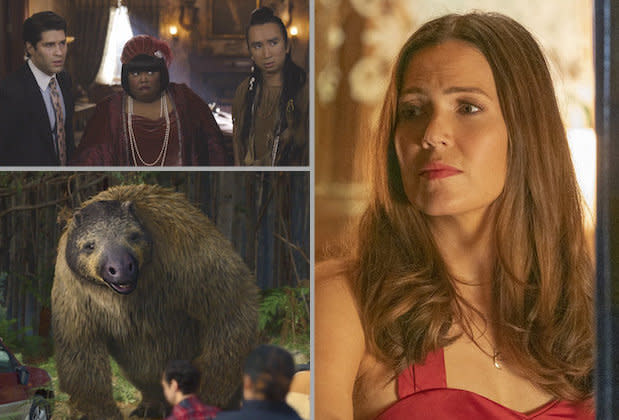 Programming from The CW, once again, is nowhere to be found in the Top 40 but here are some highlights: All American was its highest-rated program while Walker was its most-watched. Both series will return for new seasons and were among the lucky few to escape the brutal pre-Upfronts cancellation spree at the network.