The Best Episodes Of This Is Us, According To IMDb

There are plenty of episodes out of the 106 of This Is Us that were near-perfect, including the four that showed the deaths of main characters.

NBC’s hit drama series This Is Us came to an end last week after six heart-wrenching seasons. Fans watched as the Pearson family grieved the loss of their father and eventually their mother, had families of their own, and became the people they were always meant to be.

Over the course of the series, not every episode of This Is Us was a winner. Some had viewers crying their eyes out while others seemed like plot holes waiting to happen. Regardless, there are plenty of episodes out of the 106 that were near-perfect, including the four that showed the deaths of main characters.
10
The Fifth Wheel (Season 2, Episode 11) – 9.2 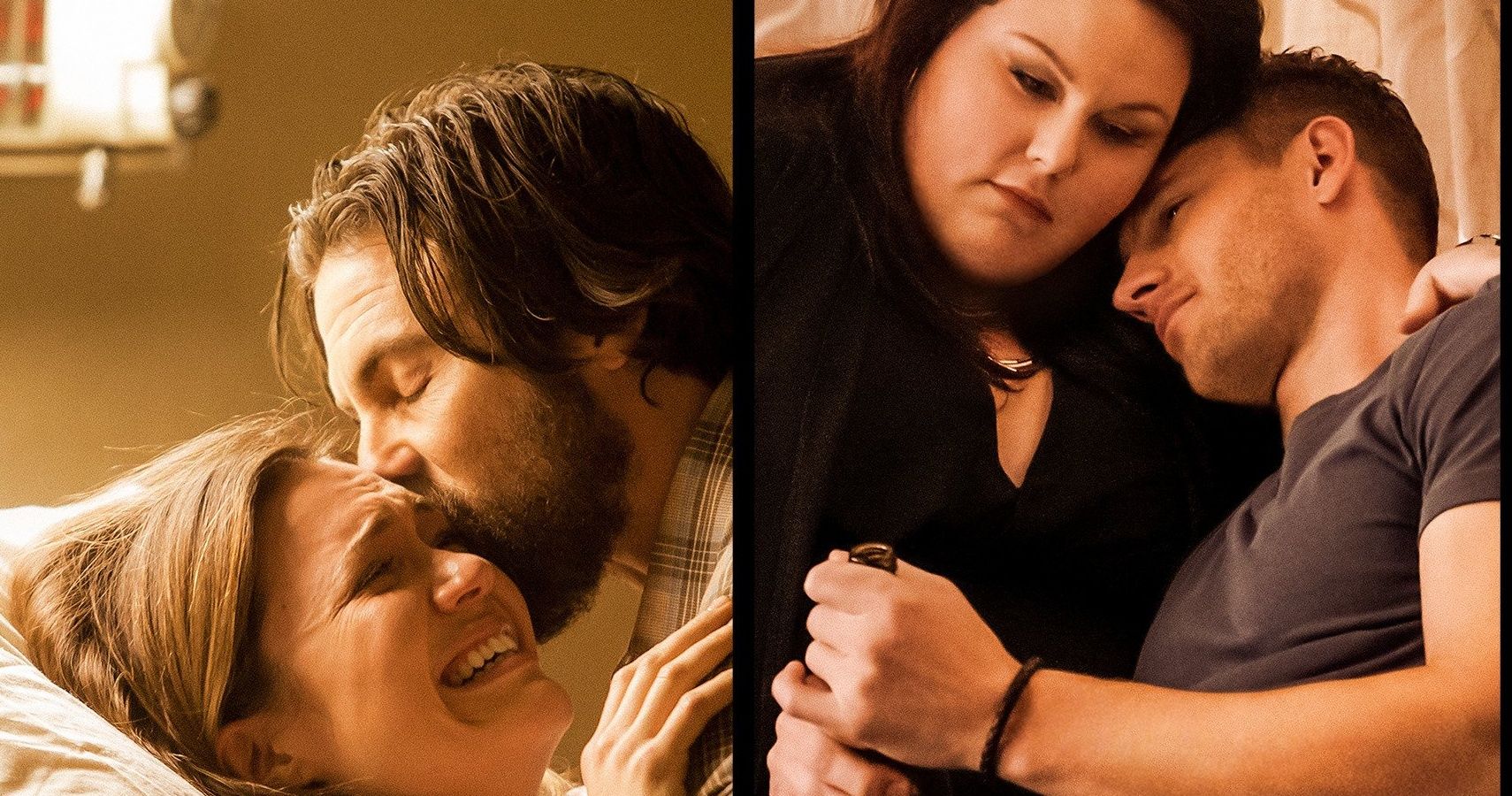 Kevin, Kate, and Randall leaning on each other on This Is Us

“The Fifth Wheel” focused on the various losses the Pearson family was going through alone and eventually, together. From Kevin’s addiction causing him to lose Sophie a second time to Kate’s miscarriage and Randall’s heartbreaking goodbye to Deja, nobody was safe from pain in this episode.

“The Fifth Wheel” finally acknowledges the elephant in the room; that the spouses of Pearson family members are never quite as valued as Pearsons themselves. Watching Beth, Toby, and Miguel interact and trade jabs at the Big Three was fun and a nice break from the contentious, awkward therapy session that went on at Kevin’s rehab facility.

Jack in his car on This Is Us

“The Car” took 40 minutes to explain just how important a vehicle can be in a family’s history. From the day Jack brought the family station wagon home to Rebecca driving the car home alone after his death, that car saw the Pearsons through the good, the bad, and the ugly moments of their lives.

Season 2 of This Is Us refused to allow viewers time to grieve, with each episode making them a little more teary-eyed and leaving them a lot more heartbroken. “The Car” was no exception, especially seeing how incredibly happy that car made Jack, and how sad it made Rebecca to ride in it without him.

Toby, baby Jack, and Kate on This Is Us

“Strangers: Part Two” AKA the season 4 finale of This Is Us, did exactly what the show did best. It blended flashbacks and flash-forwards with present-day moments and revealing shocking revelations.

Earlier in the season, Kevin declared that he was going to be married and with child by his 41st birthday, and in this episode, he got just what he wished for. Madison announced that she was pregnant after their one-night stand, and a flash-forward revealed they were engaged. Meanwhile, other big reveals took place, like the fact that Kate and Toby have another child and Randall and Kevin ended up estranged after a dispute over Rebecca’s declining health.

Kate, Kevin, and Randall attending to Rebecca on This Is Us

The sixth season of This Is Us jumped around a lot through time, finally stationing its last few episodes in the late 2020s and early 2030s. As Rebecca’s health continued to decline after the loss of Miguel, the Pearson siblings banded together for an official meeting about how to handle her end-of-life care.

Each Main Character’s Best Decision On This Is Us

“Family Meeting” had the Pearsons up to their old tricks. Randall wanted to move Rebecca in with him, Kevin wanted to get her the best care in the world, and Kate wasn’t sure what to do. Finally, they came to a decision on how to best love their mother in her final moments. Seeing the Big Three unite for the sake of Rebecca was something she would’ve wanted, even if she couldn’t quite be present in the moment.

Jack in the Pearson kitchen on This Is Us

The episodes leading up to Jack’s inevitable death were some of the most anxiety-inducing viewers had seen. The end of “That’ll Be The Day” in particular had fans screaming at the television for Jack to unplug to crockpot and avoid the events of the next episode.

The episode also served as a turning point for Kate, as she was finally able to heal from some of the guilt and trauma she suffered from Jack’s death. At 37 years old, she was able to adopt another dog and slowly stop blaming herself for her father running back into their burning home. Additionally, fans found out that Kevin wasn’t even home the night of the infamous fire, storming out after a huge fight with Jack that ended with him never seeing his dad again.

Kevin, Kate, and Randall at the cabin on This Is Us

“The Cabin” was a big episode of The Big Three. Each struggling with their own individual lives, the Pearson siblings met up to hash out current and past wounds. The entire episode was dedicated to that family cabin since it had seen so much over the years.

Fans learned just how abusive Kate’s ex-boyfriend Marc really was, from leaving her out in the cold to verbally assaulting her. In the early 90s, viewers witnessed a trip to the cabin and the memories that were made there, including the Pearson family time capsule. The episode felt like a time capsule itself, uncovering the past and leaving room for the future. 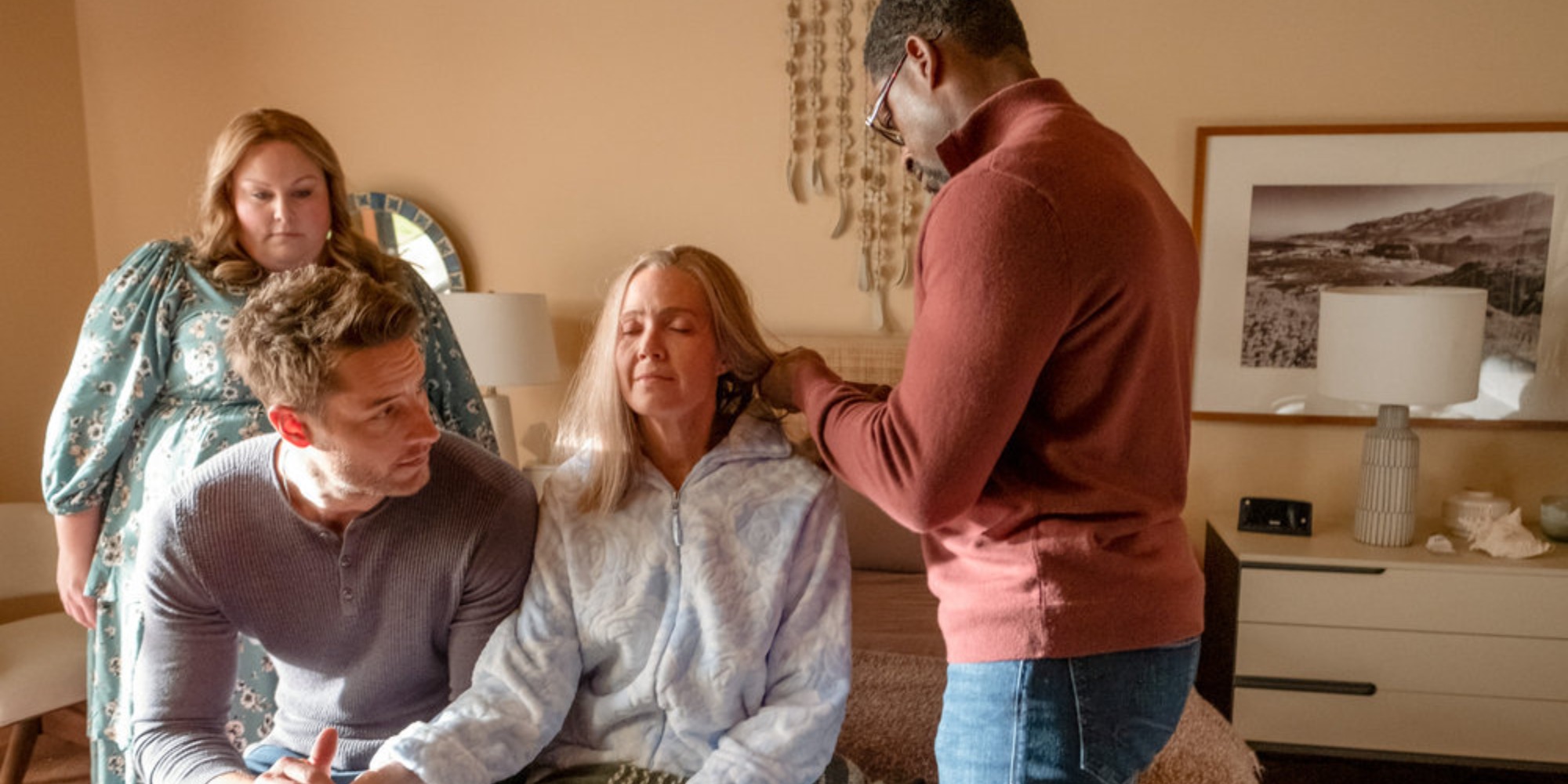 Randall saying goodbye to William on This Is Us

“Memphis” was the first episode of This Is Us that made fans realize just how heartbreaking this drama series was going to be. Killing off a character as prominent as William in the very first season was bold, as was the decision to have an episode solely focused on the relationship between just two characters; Randall and his biological father.

10 Most Perfectly Cast Younger Versions Of The This Is Us Main Characters, Ranked

“Memphis” allowed viewers and Randall a chance to say goodbye to William, something that nobody was ready for. The father and son didn’t get to spend a lot of life together, but the moments they did share were rewarding and full of love. William’s death inspired Randall to live and love harder, a wake-up call he didn’t know he needed.

Elderly Miguel Rivas helps elderly Rebecca Pearson Rivas out of bed in This Is Us
For six seasons fans wondered how Miguel and Rebecca ended up married. They knew neither of them would ever betray Jack, but they also couldn’t understand how Rebecca could end up with her late husband’s best friend.

“Miguel” finally answered every question viewers had about Miguel. It was a tribute episode all about him, something that surely should’ve happened seasons ago. Audience members learned of Miguel’s personal hardships, his relationships with Shelly and Rebecca, and that the Pearsons didn’t appreciate their step-father until his final moments. 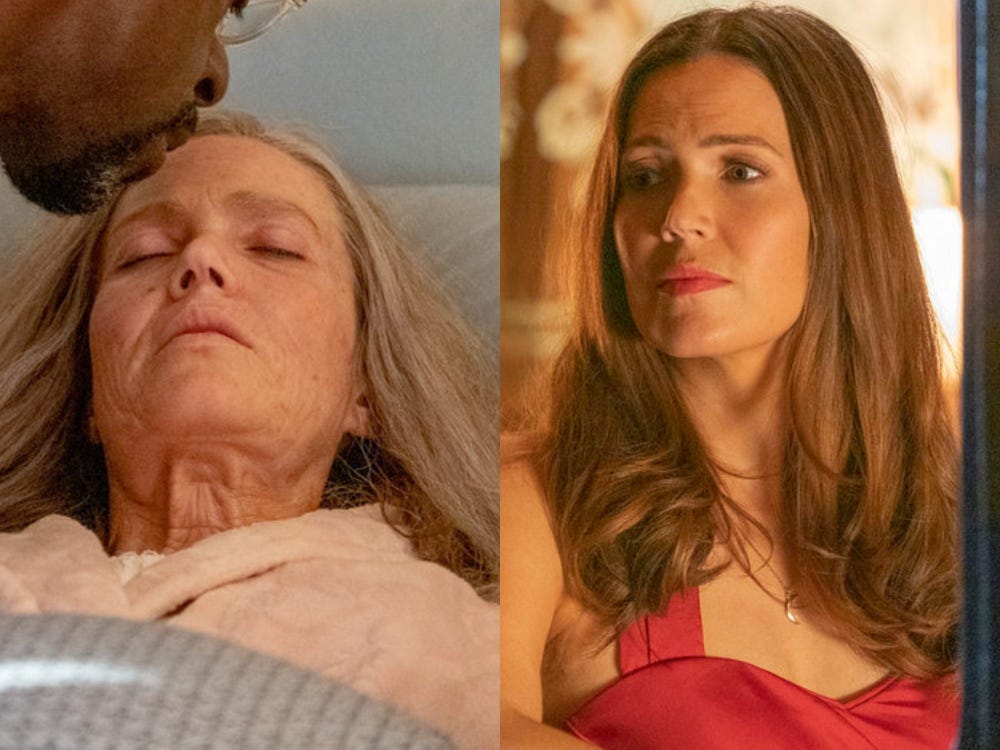 Rebecca looking outside of the train on This Is Us
“The Train” could have served as the series finale for This Is Us. Instead, fans were left with an episode that was mainly composed of flashbacks shot three years ago, while the penultimate episode perfectly encapsulated what the series was all about; the life and death of matriarch Rebecca Pearson.

Rebecca’s time on the train (led by none other than Randall’s biological father, William) showed her journey in processing her strengths and imperfections over the course of her life. While she went on a ride, her children said their tearful goodbyes, finally making peace with losing another parent. They also showed some appreciation for their mother, something six seasons in the making.

Jack and Rebecca watching the superbowl on This Is Us

“Super Bowl Sunday” was 2018’s post-Super Bowl show. For the first time, This Is Us aired on a Sunday night and answered some of the biggest questions such as; how did Jack die?

The 14th episode of season 2 explained how it all went down, depicting every heartbreaking detail. Mandy Moore delivered a stellar performance as a grief-stricken widow, and Jack went out as the hero his children remembered him as. Even though it took nearly two seasons, fans finally got the answer they so desired, delivered in a perfect episode of television.